Since 1977, the Danish company Isager has supplied patterns and quality yarns made from natural fibers, both known and loved by knitters the world over. The yarns and patterns are sold in selected shops in Denmark and internationally. The founder of Isager, Marianne Isager, and her daughter and co-owner of the company Helga Isager, are behind a line of popular knitting books.

The history of Isager began with designer Åse Lund Jensen (1920-1977), who established her studio in 1960. Åse Lund Jensen’s work was rooted in the Danish crafts tradition, but she took her inspiration in particular from the Icelandic and Faroes knitting cultures. In cooperation with Henrichsen’s Yarn Mill Åse Lund Jensen made a range of high-quality woolen yarns and her own favorites Spinni and Jensen Yarn are still part of Isager’s range today.

Åse Lund Jensen was a pioneer in her field and throughout her career, she worked continuously to get knitting recognized as a craft, amongst other things through her many exhibitions and her work as a teacher at Skals Håndarbejdsskole, today known as Skals – Højskolen for Design og Håndarbejde (Skals – School of Design and Crafts). It was here that Marianne Isager and Åse Lund Jensen met and founded their friendship. After the death of Åse Lund Jensen, this friendship later led to Marianne Isager taking over the rights to use Åse Lund Jensen’s eternally modern patterns and continue the company known today as Isager.

The Isager company now resides on a small farm in Tversted, a village in the north of Jutland close to the North Sea, surrounded by beautiful countryside. 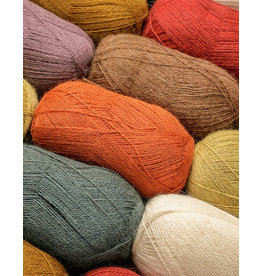 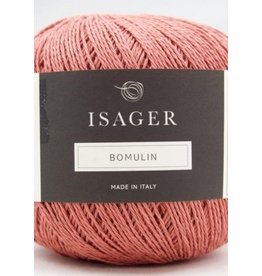 Isager has created a fingering-weight yarn by spinning one strand of cotton with one strand of linen. Each plant fiber takes the dye a little differently—where cotton has a soft matte finish, the linen has a subtle sheen. Creating a beautifully drape-y fa
Add to cart
Bomulin
$11.50 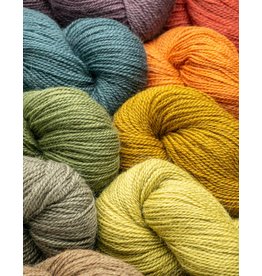 This yarn is especially suited for soft sweaters and baby models where no great wearability is needed. To increase the wearability of the yarn it works really well knitted together with another lace weight yarn.
Add to cart
Alpaca 2
$11.95 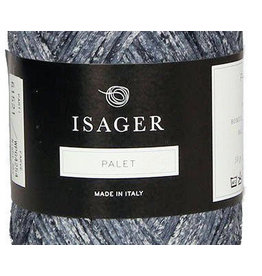 This yarn is multi coloured in combinations that go really well with the other Isager yarns. It is a wonderful yarn to knit and is an ideal yarn both for adding that little extra and used individually.
Add to cart
Palet
$13.00